3 Truths and Myths About Cryptocurrency in PH, According to BSP Governor Espenilla

The Bangko Sentral ng Pilipinas (BSP)’s policy stance towards cryptocurrencies in the Philippines has evolved alongside the spread and widening use of virtual money for transfers, payments and investment. 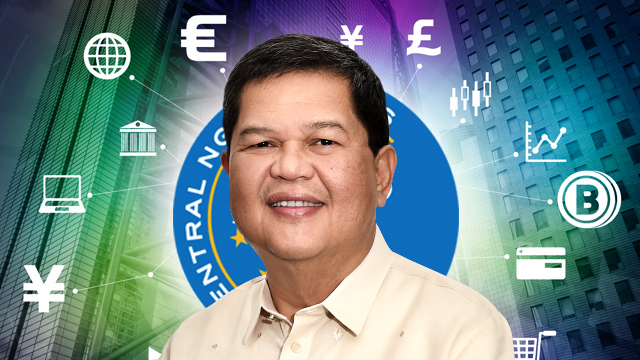 Referring to digital, decentralized and unregulated currencies such as Bitcoin and Ethereum, cryptocurrencies are touted to disrupt traditional fiat or legal money as medium of exchange, unit of account and store of value.


As early as 2014, the BSP had already recognized cryptocurrencies’ presence in the Philippines, but it did so by warning the public against it. Among the five reasons it listed in a warning advisory dated March 6, 2014 were cryptocurrencies’ tendency to be used for “money laundering and other illicit activities” and how they were “a form of unregulated digital money.”

But in 2017, the BSP took on a more constructive approach, releasing a set of regulations for companies to officially register as virtual currency exchanges. As well, it recognized Coins.ph, a fintech startup whose main feature is a Bitcoin exchange, as an electronic money issuer (EMI), which made Coins.ph the first blockchain-powered startup in Asia to be granted an EMI license by a central bank.
Related story: After Warning Vs Cryptocurrencies for Years, Bangko Sentral Grants First-Ever E-Money License to a Bitcoin Startup
At the Shareholders’ Association of the Philippines (SharePHIL)’s forum on digital currencies on March 12, BSP Governor Nestor Espenilla Jr. sought to set the record straight on the monetary authorities’ current thinking about cryptocurrencies and their role in business and economy in the Philippines.

Espenilla closed his speech by discussing three myths about cryptocurrency’s state in the Philippines, as well as the three truths debunking these myths.
MYTH #1: Cryptocurrencies are legal tender that will soon replace fiat currencies

TRUTH: Espenilla repeatedly pointed out that despite being used as a medium of exchange, cryptocurrencies are not legal tender, or an official mode of payment recognized by the government. Unlike the Philippine peso, merchants and stores are not legally obligated to accept virtual currencies as a mode of payment nor are they able to legally require it from their consumers.
This reflects the limited use of cryptocurrencies in the Philippine market today, as according to a 2017 study by the Financial Times, adoption rate of virtual currencies stood at only 2.9 percent in the Philippines, lower than other modes of cashless payment and very negligible compared to the number of Filipinos who prefer using cash.
“Until they (cryptocurrencies) fully demonstrate stability, wide acceptability and other economic attributes, they will not replace fiat currency anytime soon,” said Espenilla.

Related story: Guess How Many in the Philippines are Using Bitcoin and Other Cryptocurrencies?


MYTH #2: Cryptocurrencies are only used for illicit activities
TRUTH: In a departure from what the BSP wrote in its warning advisory in 2014, Espenilla recognized that virtual currencies are as prone to malicious transactions as fiat currencies are, and therefore should not be typecast as a mode of illegal transactions.
“Cryptocurrency is neutral. It is neither good nor bad,” said Espenilla. “It’s the users who define whether it’s going to be bad or good.”
However, Espenilla pointed out that due to the anonymity involved in virtual currency transactions, the BSP “is mindful of their wide use in illicit activities” and assured the public that it “is taking action in this regard.”
MYTH #3: The BSP endorses using and investing in cryptocurrencies
TRUTH: Espenilla was persistent in clarifying that the BSP does not endorse cryptocurrencies in any way. But he explained that the central bank’s approach on the matter is more regulatory rather than prohibitive.
“The BSP allows the market to develop, but it has also issued regulations to uphold consumer protection and maintain financial stability,” said Espenilla. “The BSP does not endorse or promote privately issued cryptocurrencies, but aims to address it as it intersects with the financial system.”
While such a stance does not mean endorsement, Espenilla is confident that the BSP’s way of regulating virtual currencies will foster innovation in the country using its disruptive technology. After the BSP released its circular on virtual currency exchanges, at least two local startups have been granted the license to act as an exchange, with many more having filed applications.
“Rest assured that the BSP maintains a forward-looking approach to ensure that supervisory frameworks are in tune with emerging trends of development,” he added.
Related story: What You Need to Know About PH’s Bitcoin and Cryptocurrency Startups
(Source: https://www.entrepreneur.com.ph/news-and-events/3-truths-and-myths-about-cryptocurrency-in-ph-according-to-bsp-governor-espenilla-a00200-20180315)
Labels: Crypto