Monosodium glutamate (MSG) is a popular flavor enhancer which is often added to Chinese food. However, newest studies suggest that it is also involved in numerous foods we eat on a daily basis! 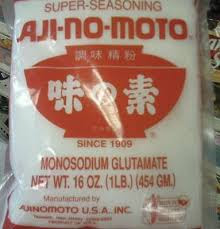 Apparently, MSG and its detrimental effects are difficult or impossible to be prevented. This chemical flavor enhancer has been related to a numerous health conditions, like obesity, fibromyalgia, fatty liver, metabolic syndrome, neurological and brain damage, as well as high insulin and blood sugar levels.

This flavor enhancer is one of the most harmful ones on the market, and it is added to crackers, meats, baby foods, canned soups, salad dressings, infant formula, and children’s school lunch.

Hence, MSG does not simply season your dishes like salt and pepper, but it enhances the flavor, meaning that when added, it will hide the true properties of frozen dinners and processed meats, and will provide a tastier and fresher flavor, with a better smell.

Therefore, its effects are more than welcome for big box food corporations which are interested in their financial profit only, but it seems that MSG is significantly endangering your well-being.

Namely, MSG does not have a flavor in itself, but it tricks the senses into believing that the taste of the food is better and that it involves proteins.

Umami is a little known fifth taste which identifies the savory flavor of glutamate in bacon, and, in its synthetical form, in MSG. Hence, its addictive properties are a result of the fact that it leads the brain into thinking that it consumes something as savory as bacon. 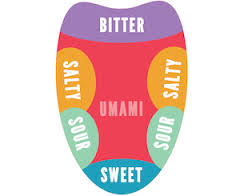 Interestingly, the greatest MSG producer in the world, Ajinomoto, is a drug manufacturer at the same time. Moreover, MSG became popular in the U.S. after World War II, when the American military found that Japanese rations were much more delicious than their own versions.

The U.S. FDA stated that MSG was “Generally Recognized as Safe” (GRAS) in 1959, and it remained labeled thus, similarly to numerous other ingredients that are banned in other parts of the world.

After 10 years of its introduction into the American food supply, the medical literature entered a new condition named “Chinese Restaurant Syndrome”, which included all the symptoms and side-effects after the consumption of MSG, ranging from numbness to heart palpitations.

Nowadays, this syndrome has been renamed into “MSG Symptom Complex,”, and the FDA regards it as a “short-term reaction” to MSG. However, regardless of all this,  it is still generally “recognized as safe” by the FDA.

The brain damage caused by MSG can be of various degrees and has been explained by Dr. Russell Blaylock, a board-certified neurosurgeon and author of “Excitotoxins: The Taste that Kills.” Namely, he states that MSG actually stimulates and worsens learning disabilities, leads to Parkinson’s disease, Alzheimer’s disease, Lou Gehrig’s disease and other health issues.

Apparently, one of the issues concerning MGS is that it is about 78% free glutamic acid, which is the  same neurotransmitter used by the eyes, pancreas, brain, nervous system, and more, in order to introduce processes in your body.  This has been confirmed by the FDA as well:

“Studies have shown that the body uses glutamate, an amino acid, as a nerve impulse transmitter in the brain and that there are glutamate-responsive tissues in other parts of the body, as well. 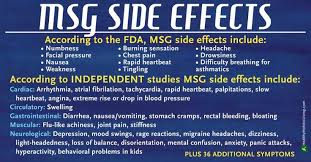 Abnormal function of glutamate receptors has been linked with certain neurological diseases, such as Alzheimer’s disease and Huntington’s chorea. Injections of glutamate in laboratory animals have resulted in damage to nerve cells in the brain.”

Dr. Blaylock suggests that many glutamate receptors have been discovered both within the electrical conduction system of the heart and the heart muscle itself, which may be the explanation of sudden deaths of young athletes and should warn all consumers of MSG.

“When magnesium stores are low, as we see in athletes, the glutamate receptors are so sensitive that even low levels of these excitotoxins can result in cardiac arrhythmias and death.”

Even though they regard it as a likely safe, the FDA lists the following side-effects of MSG:

Moreover, even though food manufacturers are aware of the fact that consumers would avoid MSG, they have not discarded it from their products, but they have found ways to hide it, in order to mislead you and in order to prevent its recognition. 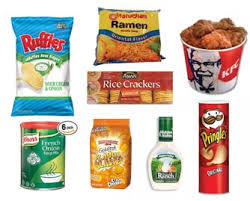 These food manufacturers were demanded by the FDA to list the ingredient “monosodium glutamate” on the labels of their products, but even though free glutamic acid is its main ingredient, that are not obliged to state that in labels.

Apparently, there are more than 40 labeled ingredients that involve glutamic acid, and you are not aware of it.

These are some of the hidden names of MSG:

Therefore, in order to protect your own health, and the health of your family, you should try and consume organic foods only and purchase organic foods on your local market, or if possible, grow your own in a small garden at home! However, remember to save some seeds for the next year!

Henry said…
How about the Maggie Magic sarap, does it also have the same effect?