Cancer in a Can: The Shocking True Story of How Pringles are Made

It is most likely that nearly everyone reading this enjoys the taste of potato chips. On the other hand, they are obviously one of the most toxic processed foods you can consume, whether they’re created from actual potato shavings or not. 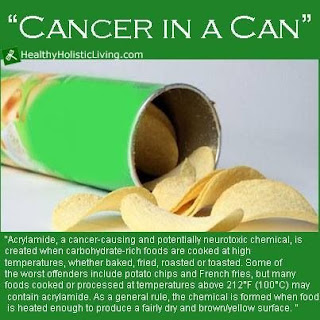 To be aware of the nature of Pringles and other stackable chips, forget the idea that they come from actual potatoes in any perceptible way.

The Pringles Company (in an effort to avoid taxes levied against “luxury foods” like chips in the UK) once even argued that the potato content of their chips was so low that they are technically not even potato chips.

So if they’re not made of potatoes, what are they exactly?

The process begins with a slurry of rice, wheat, corn, and potato flakes that are pressed into shape. This dough-like substance is then rolled out into an ultra-thin sheet cut into chip-cookies by a machine

The chips move forward on a conveyor belt until they’re pressed onto molds, which give them the curve that makes them fit into one another. 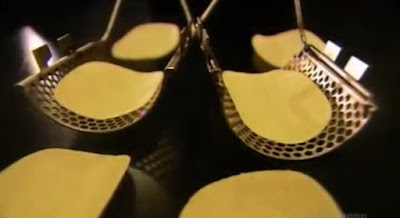 Those molds move through boiling oil. After that, they’re blown dry, sprayed with powdered flavors, and at last, flipped onto a slower-moving conveyor belt in a way that allows them to stack. From then on, it’s into the cans and off towards the innocent mouths of the consumers.

One of the most hazardous ingredients in potato chips is not intentionally added, but rather is a byproduct of the processing.

Acrylamide, a cancer-causing and potentially neurotoxic chemical, is created when carbohydrate-rich foods are cooked at high temperatures, whether baked, fried, roasted or toasted. Some of the worst offenders include potato chips and French fries, but many foods cooked or processed at temperatures above 212°F (100°C) may contain acrylamide. As a general rule, the chemical is formed when food is heated enough to produce a fairly dry and brown/yellow surface.

It can be found in: 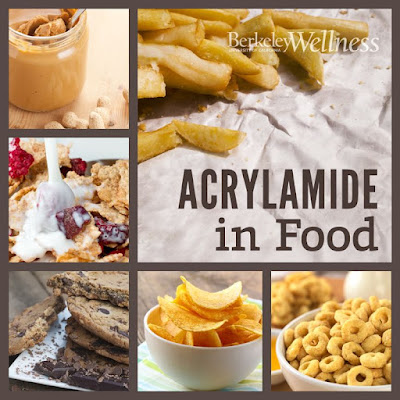 The federal limit for acrylamide in drinking water is 0.5 parts per billion, or about 0.12 micrograms in an eight-ounce glass of water. However, a six-ounce serving of French fries can contain 60 micrograms of acrylamide, or about FIVE HUNDRED times over the allowable limit.

Furthermore, potato chips are notoriously high in this dangerous chemical. So high, in fact, that in 2005 the state of California actually sued potato chip makers for failing to warn California consumers about the health risks of acrylamide in their products. A settlement was reached in 2008 when Frito-Lay and several other potato chip makers agreed to decrease the acrylamide levels in their chips to 275 parts per billion (ppb) by 2011, which is low enough to avoid requirement for a cancer warning label.

Think twice before consuming these kinds of food.