I have been seeing a lot of Conspiracy Theories about successful natural medicine or cure for Cancer, Diabetes, Heart Attack and other degenerative diseases. They sometimes imply that it was being hidden or that the Big Pharmacies doesn't want us to know about these Alternative Medications because they will lose a lot of money. 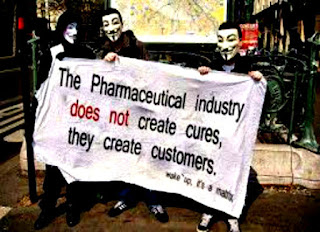 I think this is true based on this news article published last Sept 18, 2015:

Investigators are looking into a case of what appears to be intentional poisoning or possibly even attempted homicide that affected nearly three dozen holistic doctors attending a recent conference in Hamburg, Germany. Reports indicate that the 29 healers fell ill after being exposed to a dangerous and illegal amphetamine drug known as 2C-E, or "Aquarust."

Initial reports of the incident implied that the 29 naturopathic doctors, who had been attending a homeopathic health conference, might have voluntarily taken the drug as part of an "experiment." However, follow-up reports reveal that none of the healers had willingly taken anything and that someone might have intentionally poisoned and/or tried to murder them. The German news source DW.com says the "mass intoxication," which took place on September 4, resulted in some 160 rescue personnel, 15 ambulances, and even a helicopter being sent to the small town of Handeloh, near Hamburg, where the conference was taking place. Most of the victims were in such bad shape from the poisoning that they couldn't talk, and some were even determined to be in life-threatening condition.

Laboratory testing is still ongoing, but initial results and interviews with those coherent enough to provide statements reveal that the doctors had not willingly taken 2C-E, a synthetically-produced methamphetamine similar to Ecstasy and Speed in terms of its effects. Each of the victims, who range in age between 24 and 56, was found to be suffering from some combination of breathing problems, delusions, racing hearts and cramps as well as various hallucinatory effects.

"The questioning begins as soon as the persons are coherent and their statements are usable," stated one police official quoted by DW.com.

Were these 29 German doctors targets just like the naturopaths who were murdered in the U.S. over the summer?

This horrific incident follows a series of mysterious deaths and possible murders that occurred throughout the summer among naturopathic doctors in Florida, Georgia, Pennsylvania and elsewhere, so one's first thought might be that these German doctors were similarly targeted for elimination by entities threatened by the natural healing arts. 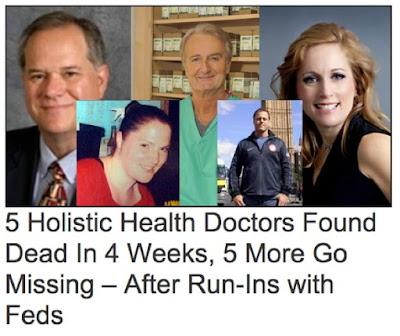 Erin Elizabeth of Health Nut News hinted at this in a recent piece covering the incident, noting that criminal investigations are currently underway to get to the bottom of what actually took place. Did somebody or some group deliberately target these holistic healers in an attempt to murder them, or was it all just a big coincidence?

It's important to reiterate that none of the affected doctors knew they had been poisoned prior to falling deathly ill, which would suggest that they didn't willingly take the drug. Even Germany's expert commission for narcotics, Torsten Passie, admitted this when he told the German media:

"It must have been a multiple overdose. That does not support the view that the people concerned took the hallucinogen knowingly."

Is Big Pharma trying to kill off its competition?

By all appearances, it would seem as though these 29 enemies of the multi-billion dollar pharmaceutical cartel were victims of an attempted mass slaughter simply because their work involves healing people naturally rather than making them lifelong slaves to the medical-industrial complex and its high-profit "treatments" that never heal 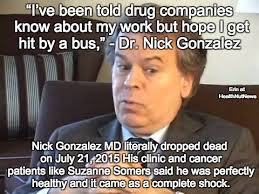 "It is no secret anymore that Big Pharma is (and has been) at war with alternative medicine," adds natural health enthusiast David Wolfe. "Its modus operandi is to generate profit by selling drugs that perpetuate a cycle of addiction and dependency, rather than liberation and empowerment."

Sources for this article include: