Science and Research: Being a Scientist For Your Civ

Hello and Welcome again to another article here at CivWorld Philippines. Just finished another game in CivWorld, this time with very disappointing results. We were so behind in science and technology, our military units were no match against advanced Tanks, Fighters, Bombers, etc... Lesson learned is, in CivWorld, Science and Research is one of the things you cannot just ignore or put aside. And also, a Scientist Build is not always inferior to a Worker build. 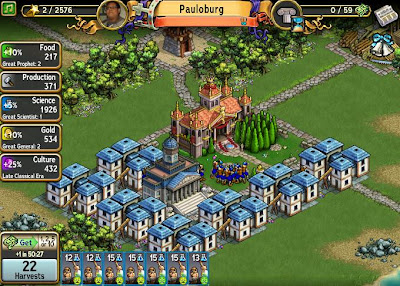 Science is one of the five major resources in Civilization World. Science is generated by Scientists working in the City or can be purchased from the market. Over the course of the game, science is used to discover new technologies. Science does not need to be "spent" like Production, but is rather accrued and applied to whichever technology is currently in research. Once enough science points have been banked to research the technology, it is discovered and the player may select a new technology from the Tech Tree.

Technology research has always been a huge part of the Civilization series, and Civ World isn’t any different. The game has a variety of technologies, each of which may unlock new military units or buildings for your capital city, or simply open up new avenues for research. 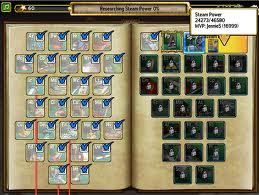 Technology is another path to victory in Civ World. Each era has a target technology, and you can win that era victory if you get that technology researched before anyone else. But it’s not going to be easy! You won’t be able to just stumble across a tech victory – you’ll have to work for it.

If you want to pursue science in Civ World, you’ll want to assign your workers as Scientists, and build them a Library or University so they can do their work. This will increase the rate that your civilization produces the research to complete the technology. 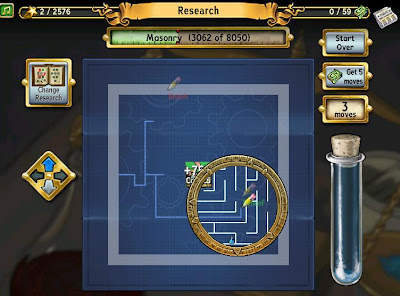 But if you want to help the process along, we have a really fun mini-game you can play! It’s a maze, and at the center of the maze is the research project you’re currently pursuing. If you can trace a line to that tech, you’ll win a big boost of science that goes towards your research project. This can save you a lot of time versus simply waiting for your scientists to research that tech. However, you only have a limited number of moves, and you generate additional moves by generating science in your civilization.

Thanks for reading this article in CivWorld Philippines! I am Paulo Baldemor, click on my name and add me up as your facebook friend. Come let us play CivWorld together!. Let's conquer the World, Socially, possibly with our Philippine Empire!
Previous Posts:
Labels: Games