Hello and Welcome again to CivWorld Philippines! Today we will be talking about Harvesting Resources. 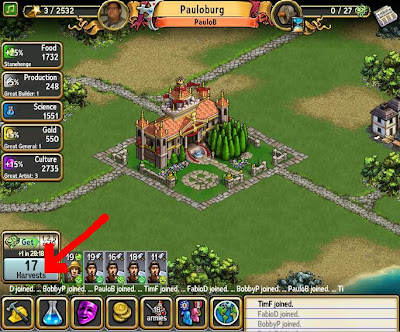 At the lower left of the screen is the "Harvests" button that shows the number of harvest turns the player has. Each time the player uses a harvest turn, all their citizens generate resources at their current rate. Players can use harvest turns whenever they wish, and can freely rearrange their city to produce different resources between harvests.

The Best Time To Harvest

By being selective with Harvest usage, the player can save harvests until he is in an Era that gives a bonus that better suits his citizen setup. For example, the Imperial Era's +50% bonus to Food is more useful to most players than no bonuses, Gold, or Culture, so saving harvests from the start of the game until that Era has arrived will allow the player to maximize his food growth. 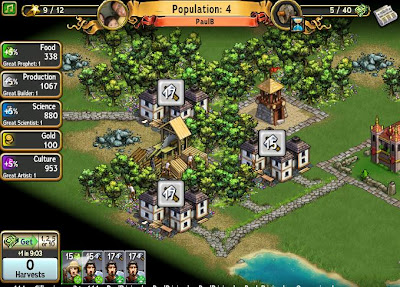 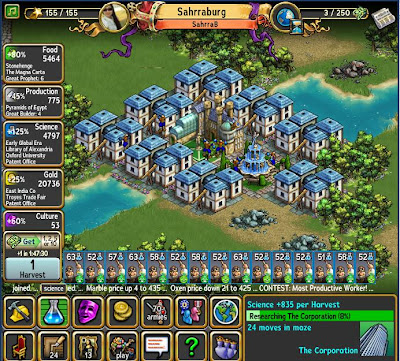 There you go, a guide about Harvesting. Thank you again for visiting CivWorld Philippines!  I am Paulo Baldemor, click on my name and add me up as your facebook friend. Come let us play CivWorld together!. Let's conquer the World, Socially, possibly with our Philippine Empire!
Previous Posts:
Labels: Games