Good day! Welcome again to Civworld Tutorial Philippines! Here's a repost of a note made by the official Civilization World page in Facebook about City Planning:

In every version of Civilization, players have their own piece of the world to shape as they see fit, and Civ World is no different. Today we’re going to talk about your city in Civ World and what it does for you in the game. 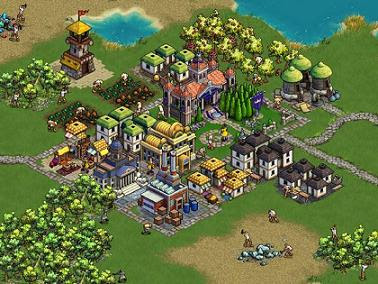 At the beginning of the game, you’ll have a handful of citizens living near your palace. You can assign the families to work as farmers, workers, scientists, merchants, or artists. Farmers help your city to grow, leading to more citizens living in your city which allows you to build more houses. Workers produce military units or buildings for your civilization. Scientists help you research new technologies faster, and merchants make gold for you, which you’ll be able to use in the marketplace. And artists speed the time it takes great people to appear in your civilization.

There are special buildings that you can construct within your city that improve your production of these various jobs. A granary improves your farmers’ ability to bring in food. Libraries and theaters improve science and culture, respectively. A marketplace will make your merchants happier, and masons and forges are good for workers.

When you've got your city arranged and your citizens working the jobs you want, you can trigger a harvest to send them out to gather their resources. You’ll see people leave their homes, head to fields or forests or quarries or buildings to do their jobs, then carry their work to your palace before returning home. The distance that your people move is key to how effective they are at doing their jobs. Workers who have to travel long distances aren’t as effective as those with shorter routes. 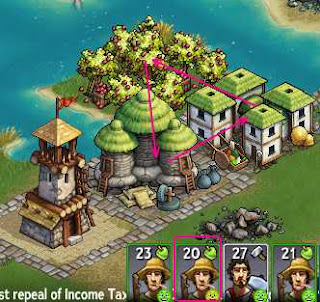 While you’re free to build on any part of the map you can see, you’ll quickly find that people work best when they’re happy, working with neighbors who do their same job, and when they have a short route to work. Over time, you’ll build guard towers to reveal more of the land around your city, opening up more room to work and grow.

We’ve found during play that city planning is a key part of a successful strategy. When placing your buildings, think carefully about how your citizens will go about their jobs, and watch their yield levels before making a decision to build. You’ll be able to move and recycle buildings, so don’t be afraid to experiment as you build your capital!

There’s one more thing I need to tell you: Your city is yours. There’s nothing the other players in the game can do to mess up your city. Even if your civilization is conquered, your citizens will work happily to make their city a fountain of knowledge or center of the arts, or bazaar to the world. 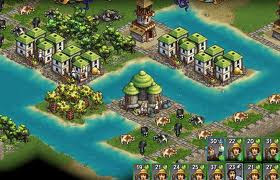 There you go. City Planning according to the official CivWorld Page on Facebook. Thanks for reading this guide! I am Paulo Baldemor, click on my name and add me up as your facebook friend. Come let us play CivWorld together!. Let's conquer the World, Socially, possibly with our Philippine Empire!
Previous Posts:
Labels: Games