The Journey Of Men

I remember one day while i was busy using my laptop, reading ebooks and watching videos about MLM Business. When I was typing about a subject for my blog, my wife saw me very serious so she asked me, "Anong gawa mo? Why di ka pa din naghahanap ng trabaho?"

I shouted back at her: "Wag ka maingay, nag-bubusiness ako!"

To answer that question, we need a little background about the story of the "Journey Of Men". And I will start by using the Bible as the basis for Human Origin, because I DO NOT ACCEPT THE THEORY OF EVOLUTION AS BASIS FOR HUMAN EXISTENCE. No need for me to apologize.

When Adam sinned, the whole earth (the ground, or the soil) was cursed and no longer yielded an ABUNDANCE of crops and fruits. The earth ceased to be a PARADISE.

God said to Adam: "All your life you will struggle to scratch a living from it (the earth)... ALL YOUR LIFE YOU WILL SWEAT TO PRODUCE FOOD, UNTIL YOUR DYING DAY..."

So, the AGRICULTURAL AGE started:

Adam - learned how to "cultivate" the ground
Cain - farmer
Abel - shepherd
Jabal - became the first of the herdsmen who live in tents (Nomads).
Tubal-Cain - first to work with metal,  forging instruments of bronze and iron.
Nimrod - heroic warrior, mighty hunter, he built an empire.

Transition of Agricultural to INDUSTRIAL AGE:

Egypt reached its Golden Age and became a World Power because of the Agricultural Advantage, made possible by the Nile River. Power then started  to move from Territorial, or a Land Ownership; to Financial, or Business/Factory Ownership. Before, he who has the Land has the Power. He who have the most territory or land boundary have the influence or control. This is the basic reason for wars,conquering other territories, land grabbing, or territorial intrusion (happening until today, regarding the issue of the ownership of the Spratlys).

And then people started to rebel against Monarchy or kingly authority. Republic became the new system of government, wherein people has a voice or input into national decisions. Democracy was also developed, wherein the majority of the people wins. The best example would be the United States breaking away from England's control. People saw education as a means to Succeed. Good education allowed people to be employed and earn substantial income.

Employment was seen as the answer to man's "Pursuit of happiness". It is very hard to strive for business ownership back then. Capitalism was only for those with the MONEY. "He who has the Gold has the Power."

I am not sure about that today. Ever since Bill Gates of Microsoft, and more recently Mark Zuckerberg of Facebook entered the world scene,  everything is not as it seemed. Robert Kiyosaki call this present Age as the INFORMATION AGE. He who has the Information, has the POWER.

I am not sure how to fully capitalize this power, but I do believe I am now starting to learn to take advantage of this Internet phenomenon. So I might say, I do am doing business at home... 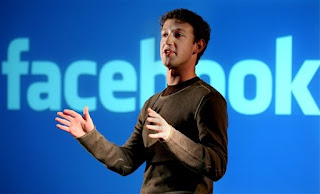